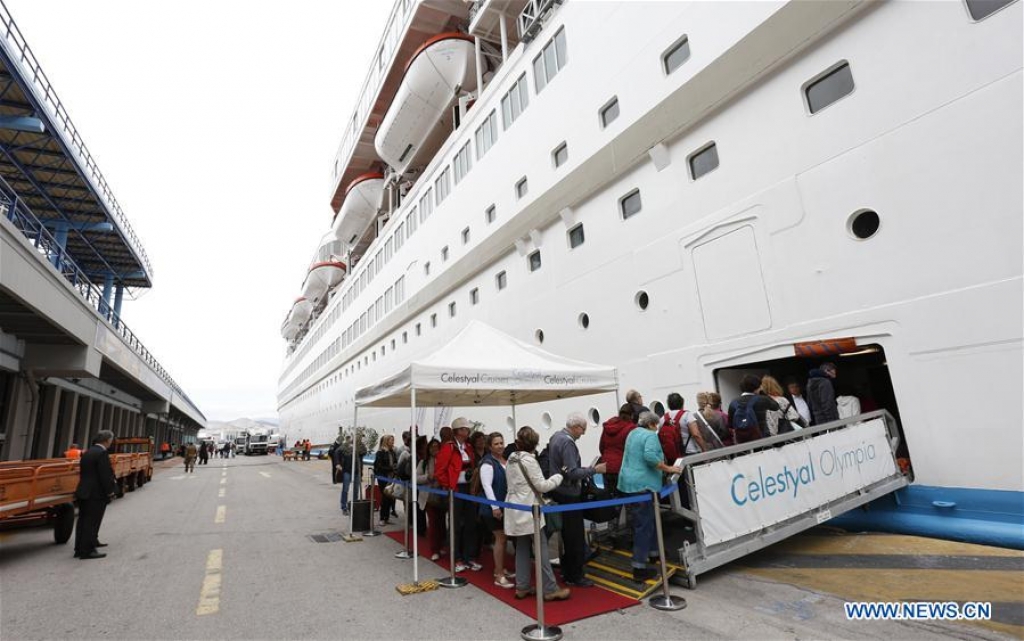 This is because our country has everything that Chinese tourists want; they love Greece and want to get in touch with the history of our country… At the same time, Greece offers unique moments of relaxation in magnificent landscapes, providing infrastructure with high quality services.

The President of the Chamber noted that Chinese tourists visiting Greece could even opt for one-day cruises to the islands of the Saronic Gulf, Aegina, Poros and Hydra, where they could "get a first glimpse of the Greek islands", their beautiful scenery, the daily life, but also to help local economies, he told www.maritimes.gr.

Of course Piraeus, the first port of our country, the "gateway" of the European Union will play a key role in attracting Chinese tourists, he said.

Piraeus, for the Chinese, Fotis Provatas noted "is of particular geopolitical importance and therefore they strongly supported their investment in Cosco, as they support every effort made to improve port infrastructure and cruise development.There is a clear mandate for Cosco to contribute to the development of the cruise and thus to the attraction of Chinese cruise tourists to Greece through the city of Piraeus.”

In addition, he pointed out Piraeus is also the "gateway" of Chinese products to the countries of North Africa and Southern Europe.For Provatas the municipality of Piraeus could also make a significant contribution to efforts to attract Chinese cruise tourists "thanks to its prestige in the country, as well as the contacts it could have with corresponding Chinese municipalities".

Through www.maritimes.gr the Chamber’s President calls on entrepreneurs in the tourism industry, and not only this sector, to contact the Chamber to be informed and to have support in their plans concerning Sino-Greek cooperation, because "the success of each agreement, beyond the financial benefit that will have for each entrepreneur, will generate added value for the national economy as a whole,” he noted.

It should be mentioned that Celestyal was the first company to bring Chinese cruise tourists to Greece in April 2017. The Chinese tourists were on board the "Celestyal Olympia" and had the opportunity to enjoy a three-day cruise entitled “Iconic Aegean”- which included visits to all popular destinations such as Mykonos, Samos, Kusadasi, Heraklion and Santorini.

A special welcome reception for the first Chinese cruise tourists was held in the port of Piraeus, with Celestyal stressing that "the aim is to be able to attract 50,000 people a year by 2021."