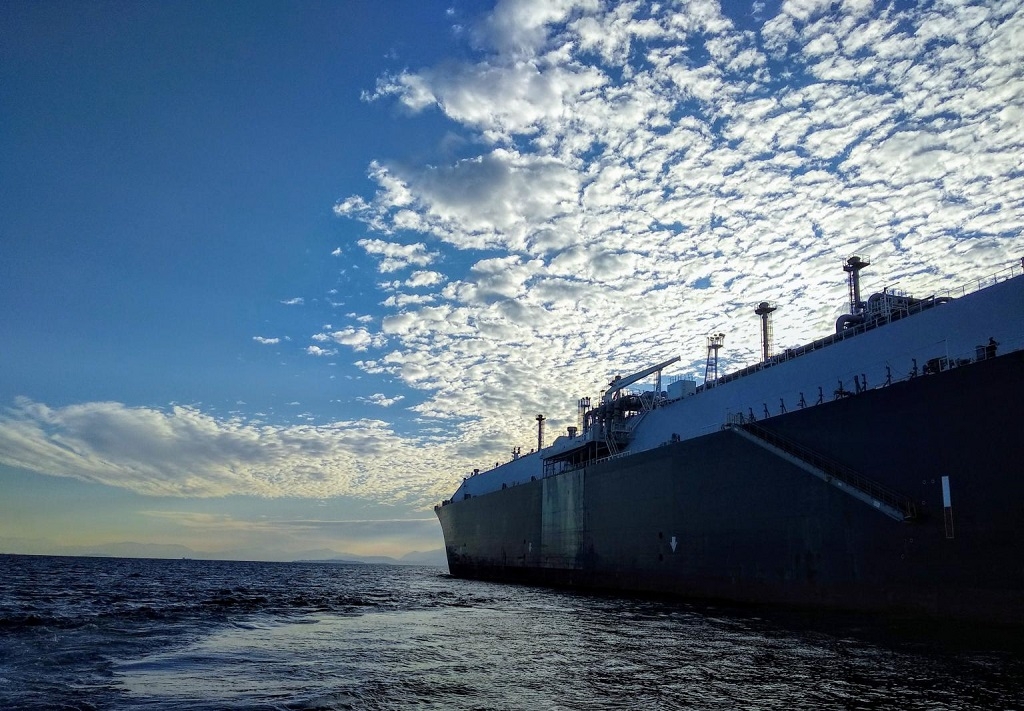 LNG shipping hits all-time peak but rates expected to subside in the spring
It has never been more expensive to get a container of goods across the ocean. But it’s not just containers. Liquified natural gas (LNG) shipping is also rewriting the record books.

Argus reported that BP has just chartered the ship LNG Abalamabie for the equivalent of $350,000 per day. That makes it the most expensive cargo-ship charter in history, surpassing the $300,000-per-day peak previously recorded in the very large crude carrier (VLCC) segment.

What’s different about the LNG record — compared to container and crude shipping highs — is that LNG deals remain extremely profitable for cargo shippers.

The cost of LNG in Asia is now so much higher than the cost in the U.S. that shippers can pocket massive profits even when paying record rates to transport cargoes from the Atlantic to the Pacific Basin.

When the VLCC sector hit its pinnacle, crude transport costs reached the point where they erased refiners’ margins; refiners stopped booking cargoes and rates fell back. In the container sector, rates appear to be near the point where they erase importer profit margins. Some importers may even be transporting goods they will have to sell at a loss, because the alternative is to halt imports and lose market share to competitors.

In LNG shipping, there is plenty of room for rates to rise and for shippers and traders to still profit on the cargo move.

The problem — similar to what is happening in the container sector — is that there are not enough LNG ships in existence to handle demand.

“This has fueled LNG spot vessel demand, leading to rates above $300,000 per day. While the rate jumps off the page, the freight cost equates to around $5.50 per MMBtu — well within the wide $18 per MMBtu spread between the regions,” said Clarksons.

Clarksons assessed average rates for modern two-stroke LNG carriers at $215,000 per day. At this time last year, rates for a comparable ship were $103,000 per day.

But some shippers cannot find vessels to load even when offering to pay Guinness Book rates.

According to Argus, “A number of U.S. offtakers opted to turn down February volumes in December, because of an inability to find the vessels to load their contractual cargoes. Offtakers that opted not to turn down their February volumes are now finding themselves with cargoes that they cannot find the tonnage [for].”

How long could rate spike last?
In the case of container shipping, COVID has supercharged rates as consumers switch purchasing from services to goods. In the case of LNG, shipping rates have been driven up by extreme winter weather in Asia (LNG is used to generate power for heating), LNG production outages in Asia and Panama Canal congestion.

According to Stifel shipping analyst Ben Nolan, “The tightness …will doubtless ease with moderating weather. However, we believe the fact that prices are as high as they are is indicative of stronger underlying demand even after seasonal adjustments.”

Newbuilds in the pipeline
Toby Dunipace, head of gas at brokerage SSY, is bearish on the prospects beyond Q1. One reason for concern is the large wave of newbuildings about to be delivered.

Unlike the container industry, where ordering has been low, the LNG orderbook is prodigious. Alphaliner estimated that the container-ship orderbook represents just 10.4% of the capacity of the on-the-water fleet. According to Clarksons, the orderbook-to-fleet ratio in LNG shipping is more than double that, at 26.1%.

In SSY’s annual outlook released Monday, Dunipace warned, “The [LNG] market will more than likely slide during March at the latest, when a significant amount of LNG newbuildings are delivered. Newbuildings will continue to deliver through Q2 and Q3 and ships also come off time charter during this period. Overall, the market projections are very bearish for Q2 and Q3 2021.”

Spot exposure, right place, right time
In the near term, listed LNG companies with ships in the spot market or with variable-rate time charters stand to benefit.

On the Nov. 17 conference call, Flex LNG (NYSE: FLNG) CEO Øystein Kalleklev reported that his company has three ships on fixed time charters, three on variable hire and four in the spot market. Flex LNG’s share price is up 68% over the past six months.

Golar LNG (NYSE: GLNG) has less exposure to current rates, as well as significant non-LNG exposure. Iain Ross, Golar’s CEO, said on the company’s Nov. 30 call, “We do have ships on index-linked charters and a couple of ships that could potentially be in the spot market. But the vast majority of the fleet is on a fixed-rate structure, some of it up to a year and some slightly longer.”

On Nov. 10, GasLog LNG (NYSE: GLOG) reported that half of its ships were in the short-term or spot market, or had variable charters.

But even for companies with spot exposure, it ultimately comes down to timing.

A round-trip voyage from the U.S. to Asia takes two to three months. Very few LNG carriers are on spot, unemployed and in the right position to take advantage of today’s unprecedented rates.